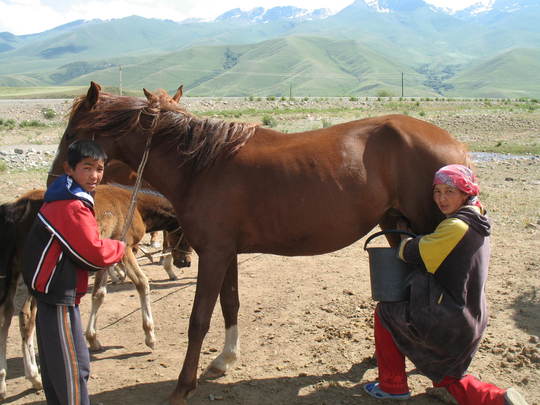 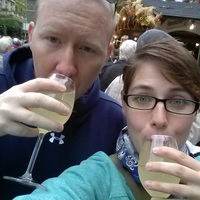 Let's see if we can find some locals and drink some of their homemade fermented mare's milk! Mongolians calls it "Airag", other parts of Central Asian countries called in "Kumis".

During fermentation, the lactose in mare's milk is converted into lactic acid, ethanol and carbon dioxide, and the milk becomes an accessible source of nutrition for people who are lactose intolerant.

Before fermentation, mare's milk has almost 40% more lactose than cow's milk. According to one modern source, "unfermented mare's milk is generally not drunk", because it is a strong laxative. Drinking six ounces (190 ml) a day would be enough to give a lactose-intolerant person severe intestinal symptoms.

WHAT YOU WILL GET

A Youtube video of three of us toasting mare's milk to you in a Mongolian Ger!

This FUNraiser is completed and no longer accepting donations